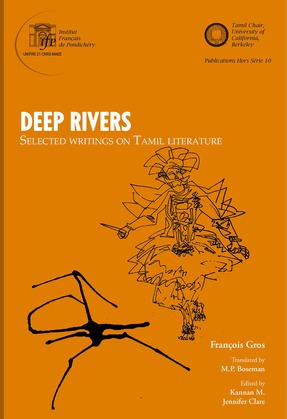 by François Gros (Author), Kannan M. (Editor), Jennifer Clare (Editor)
Excerpt Buy for $14.99
Nonfiction Literary essays
warning_amber
One or more licenses for this book have been acquired by your organisation details

pThis book brings together for the first time in English all the major essays written by François Gros on Tamil literature. An impressive range of topics is covered here from studies of Ca?kam literature and devotional texts of the Tamil Bhakti traditions to contemporary Tamil novels and short stories. Many of the essays include an overview of French Indological work over past three centuries made available to the English speaking scholarly world for the first time here. While the author urges European and American scholars of Tamil history and culture to take the intellectual discourses of Tamil scholarship seriously, he insists at the same time that Tamil not be ghettoized but should rather be read alongside texts in other South Indian languages, with reference to the evidence of epigraphy, numismatics, archaeology and art history./p