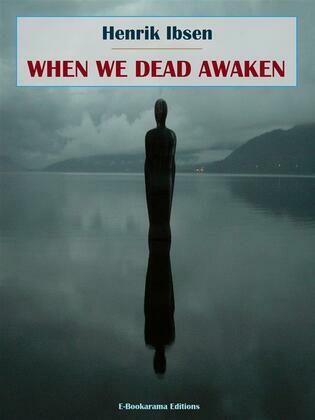 When We Dead Awaken

“When We Dead Awaken”, first published in 1899 as "Naar vi døde vaagner", is the final theatrical drama written by Norwegian playwright Henrik Ibsen.

Set at a Norwegian spa during the wintertime, the story is told in three acts, and charts the existential ruminations of professor and famed sculptor Arnold Rubek as he reunites with his former muse, Irene von Satow. Desperate to recapture the glory of his past inspirations, Rubek must also reconcile his relationship with his estranged wife, Maia.

Often called one of Ibsen’s most confessional works, the play touches on themes of despair, mortality, legacy, nostalgia, artistic expression, petrification, rekindled romances, and ultimately, the acceptance of death.

Some scholars believe the play is a biographical blend of Ibsen’s own life with that of his contemporary, Auguste Rodin.