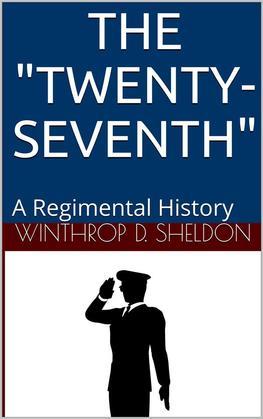 The "Twenty-Seventh" / A Regimental History

The campaign of the Twenty-seventh Regiment Connecticut Volunteers began in the most critical and anxious period of the war against the rebellion—the year 1862. After long months of diligent preparation, the Army of the Potomac opened the year with its first memorable advance against the rebel capital. The inspiring faith of all loyal hearts followed every step of its progress up the Peninsula, toward the stronghold of treason; and when the shattered but undaunted remnants retreated down the James river, and hurried to the defence of the national capital, menaced by an exultant foe, deep was the disappointment which filled the whole North. Every ear was strained to catch the result of the conflict before Washington, only to hear that the rebels had been partially successful, and were crossing the Potomac into Maryland and Pennsylvania. Those were days of profound anxiety, but not of weak irresolution. Each new disaster seemed to bring the people nearer to a realization of the magnitude of the struggle, and nerve them to fulfil the imperative duties of the hour. The President, early in July, issued his Proclamation, calling for three hundred thousand men, to serve for three years; and on the fourth of August following summoned to the field three hundred thousand more, to serve for nine months. The Twenty-seventh Regiment was organized under this latter call. Its members were recruited from New-Haven county, and mainly from the city of New-Haven, with considerable numbers from Madison, Milford, Meriden, Wallingford, Branford, Clinton, and Guilford, and still smaller quotas from other neighboring towns.