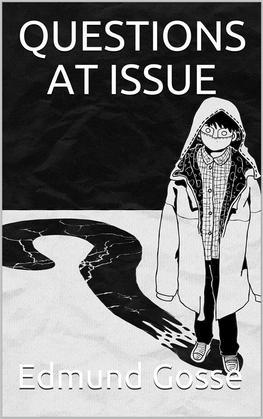 de Edmund Gosse (Autor)
Comprar por 4,49 € Extracto
No Ficción Colecciones literarias Ensayos Humanidades Filosofía Ensayos
warning_amber
One or more licenses for this book have been acquired by your organisation details

To the essays which are here collected I have given a name which at once, I hope, describes them accurately and distinguishes them from criticism of a more positive order. When a writer speaks to us of the works of the dead masters, of the literary life of the past, we demand from him the authoritative attitude. That Homer is a great poet, and that the verse of Milton is exquisite, are not Questions at Issue. In dealing with such subjects the critic must persuade himself that he is capable of forming an opinion, and must then give us his opinion definitely. But in the continent of literary criticism, where all else is imperial, there is a province which is still republican, and that is the analysis of contemporary literature, the frank examination of the literary life of to-day.

In speaking of what is proceeding around us no one can be trusted to be authoritative. The wisest, clearest, and most experienced of critics have notoriously been wrong about the phenomena of their own day. Ben Jonson selected the moment when Hamlet and Othello had just been performed to talk of raising "the despised head of poetry again, and stripping her of those rotten and base rags wherewith the times have adulterated her form." Neither Hazlitt nor Sainte Beuve could be trusted to give as valuable a judgment on the work of a man younger than themselves as they could of any past production, be it what it might. To map the ground around his feet is a task that the most skilful geographer is not certain to carry out with success.

The critic may enjoy the sense of having abandoned the lecturing desk or the tribune, and of mingling in easy conversation with men who are not bound to preserve any decorum in listening to his opinions. In the criticism of the floating literature of the day an opportunity is offered for sensibility, for the personal note, even for a certain indulgence in levity or irony. The questions of our own age are not yet settled by tradition, nor hedged about with logical deductions; they are still open to discussion; they are still Questions at Issue. Such are all the aspects of the literary life which I endeavour to discuss in this volume of essays.

Of the essays here reprinted, nearly half are practically new to English readers, having been written for an American review, and having been quoted only in fragments on this side of the Atlantic. At the close of the volume I have added a Lucianic sketch, which, when it appeared anonymously in the Fortnightly Review, enjoyed the singular and embarrassing distinction of being attributed, in succession, to four amusing writers, each of whom is deservedly a greater favourite of the public than I am. I have seen this little extravaganza ticketed with such eminent names that I almost hesitate to have to claim it at last as my own. I hope there was none but very innocent fooling in it, and that not a word in it can give anybody pain. I think it was not an unfair representation of what literature in England, from a social point of view, consisted two years ago. Already death has been busy with my ideal Academy, and no dreamer of 1893 could summon together quite so admirable a company as was still citable in 1891.