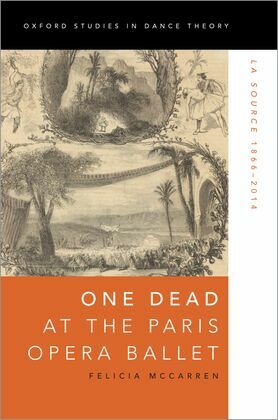 One Dead at the Paris Opera Ballet

by Felicia McCarren (Author)
Buy for $38.99 Excerpt
Nonfiction Arts Performing arts Dance Classical & nallet
warning_amber
One or more licenses for this book have been acquired by your organisation details

In 1866, when the ballet La Source debuted, the public at the Paris Opera might have been content to dream about the setting in the verdant Caucasus, exotic Circassians, veiled Georgians, and powerful Khans. In the ballet's two plotlines, an ecological narrative of the death of the Source and the withering of the green world, and the competing interests of Muslim characters at war, this book finds not so much a timeless Orientalist fantasy as a timely commentary on colonial policy, institutional biopower, and human hybridity. In 1866, the daily and specialized humorist press showed a particular interest in the ballet's botany as shorthand for sex, as part of ongoing debates about libertine sexuality, and about ethnicity and hybridity. In One Dead at the Paris Opera Ballet, author Felicia McCarren contextualizes appreciation of the ballet in its production and reception, surrounded by a broad popular culture and iconography of botany, and attended to by people thinking about ethnic and exotic others at the same time-and in the same ways-as they are thinking about plants. The book traces stagings of the ballet up to the Garnier Opera house in 2011 and 2014 when the ballet was re-imagined from the score and libretto. Throughout the book, McCarren reveals the postcolonial, eco-feminist potential implicit in the historical libretto, in some ways disavowed by the Opera's rhetoric surrounding the modern production.