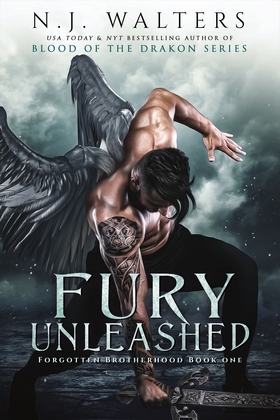 Maccus Fury, a fallen angel, is trying hard to keep his sanity. Seems being an assassin might be catching up with him. Now, Heaven, or Hell, has sent a beautiful assassin to kill him. Lovely. She?s pretending to seduce him, and he?s okay with that. She?s smart and snarky?but she has no idea what she?s walked into. And he?s more than peeved that they only sent one person. They?re going to need an army if they want him dead.

Morrigan Quill is one of Hell?s bounty hunters. She sold her soul to keep her sister safe, and now she?s working off her contract by catching bad guys and dragging them back to hell. When Lucifer makes her a new offer??that?s definitely too good to be true?she can?t say no. All she has to do is kill a powerful and crazy-hot fallen angel, who will totally kick her ass in battle.