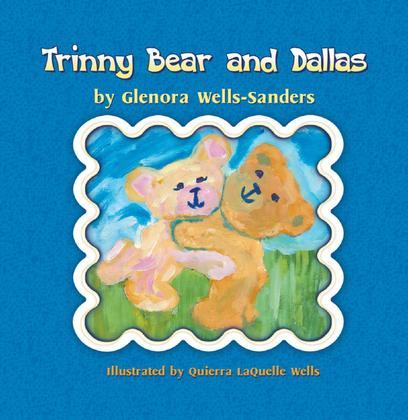 by Glenora ers (Author)
Buy for $9.99 Excerpt
Fiction Juvenile & young adult Themes Family Siblings
warning_amber
One or more licenses for this book have been acquired by your organisation details

Watching out for a younger brother or sister is a big responsibility. In the exciting new children's book Trinny Bear and Dallas, see what happens when a baby bear joins the family. Mama and Papa Bear are very proud of Dallas, their well-behaved and carefree son, who was named after the Dallas Cowboys. When Trinity is born, Dallas is expected to always look out for his younger sister and set a good example. However, this is not always easy because Trinny has so much energy that she always makes a mess and she loves to disappear playing hide and seek. Dallas now has the job of keeping their room neat, which Trinny loves to mess up, and must watch over Trinny when they go to bear school. When the time comes to visit Grandma and Grandpa Bear during summer break, Dallas is delighted because he thinks he no longer has to watch out for his little sister. On the train ride to their grandparents in West Virginia, Dallas becomes annoyed with Trinny for hiding on the train. Suddenly, there is a screeching noise when one of the train cars jumps the tracks. Dallas thought Trinny was right behind him, but she has gone missing! What could have happened to Trinny?