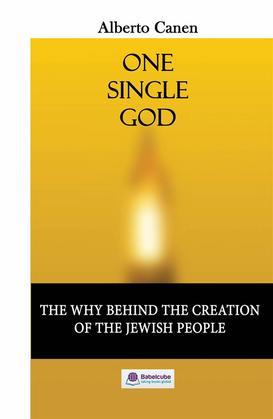 by Alberto Canen (Author)
Buy for €2.99 Excerpt
Nonfiction Religion Biblical studies
warning_amber
One or more licenses for this book have been acquired by your organisation details

THE WHY BEHIND THE CREATION OF THE JEWISH PEOPLE


The transcendental task of the Chosen People. The policies of the Catholic Church. The end of polytheism.
The Chosen People – Chosen for what? Adam and Eve – The first of humankind, or simply the first of the Hebrew people?
The Jews – Were they the Army of God?
If there is only one single God, then what happened to the other gods of antiquity?
Jesus: Is He God or a prophet?  Why a Messiah?
Has the Messiah already come?
From what does Jesus free humanity?
The Bible – What are you talking about?


Alberto Canen has found answers to these questions and to other questions that have disturbed us many times and that we have not been able to resolve. By going through the texts of the Bible with the author, the reader will see that a plot is revealed in its pages before his very eyes. You will feel the same attraction and curiosity that a detective experiences when unraveling a mystery, or an archaeologist when facing a new discovery. Upon discovering the guiding thread of this sacred chronicle, loose ends are tied up, stories are joined together, and pieces are examined in order to understand one of the best known and – perhaps – least understood stories of Humanity.


In this text, biblical quotes are merged with interpretations that arise spontaneously and captivatingly, which is why it is so absorbing to read.


Alberto Canen invites us to make this discovery. Through a conversation with his youngest son – in a direct, simple and didactic style – he shares his methodological reflections and original conclusions with the reader as an accomplice.