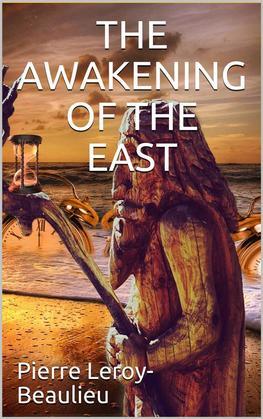 The Awakening of the East / Siberia—Japan—China

by Beaulieu (Author), Pierre Leroy (Author)
Buy for €4.49 Excerpt
Nonfiction History History by country Asia Travel Asia
warning_amber
One or more licenses for this book have been acquired by your organisation details

This book is the result of personal observations made in the course of a journey through Siberia, China, and Japan, lasting over a year, and is supplemented by information derived chiefly from official and carefully collated documents. Asia, the largest of the five Continents, is still the most densely populated; but after being the cradle of civilization, it has been for many centuries dead to all progress. It is in the awakening of this vast Continent through the influx of men and ideas from the West, by the application of modern science to the exploitation of its wealth, that consists the phenomenon which we are witnessing at the present time, and to the examination of which the author devotes the following pages.

The effect of European action in Asia does not, it is true, date from our time; it began as soon as the Asiatic invasion of Europe had ceased. In the sixteenth century, whilst the Russians were settling in Siberia, we find the Portuguese landing on the coasts of India, China, and Japan. For a long time, however, the influence of the West was merely superficial. By the middle of the nineteenth century it had scarcely reached India and a few points on the coast of Asia Minor; all the rest of Asia remained obdurate. Siberia was almost a desert, unexplored, without any communication with the outer world; China a stranger to all progress; and Japan hermetically sealed. Thus, all the temperate zones of Asia, those best suited to the white race, as well as those inhabited by the most numerous, industrious, and vigorous populations, regarded from whatever point of view, were fifty years ago completely outside of European influence. At this moment two facts of vital importance have become prominent, which have been passed over almost unnoticed by European nations, greatly preoccupied by other questions. In 1854, Japan began to open her ports to foreigners; and Russia, descending almost simultaneously from the glacial solitudes of the Okhotsk Sea, seized, at the expense of China, the banks of the Amur, thus coming into actual contact with the Celestial Empire, which hitherto she had only reached through deserts, advanced her frontier up to the boundaries of Korea, and acquired a port on the Pacific (latitude 43°), free of ice nearly all the year round. This was the moment when that awakening of Northern and Eastern Asia began which has become more and more active, especially during the last ten years.