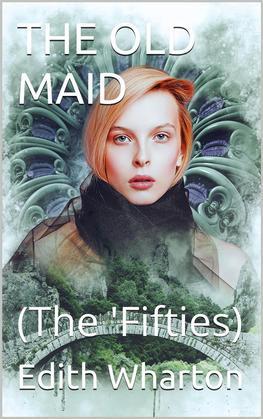 Originally serialized in The Red Book Magazine in 1922, The Old Maid is an examination of class and society as only Edith Wharton could undertake. The story follows the life of Tina, a young woman caught between the mother who adopted her—the beautiful, upstanding Delia—and her true mother, her plain, unmarried “aunt” Charlotte, who gave Tina up to provide her with a socially acceptable life. The three women live quietly together until Tina’s wedding day, when Delia’s and Charlotte’s hidden jealousies rush to the surface. Says Roxana Robinson in her Introduction, “Wharton weaves her golden, fine-meshed net about her characters with inexorable precision.”

We are given a character study of two women. Both may be viewed as the mother of the same child. One is the biological mother. The other adopted the child. The child is unaware of who her biological mother is—she is her adored auntie. When the young child has become a young woman and is to leave home, when she is to be married, it is then that the two mothers must again determine who the mother will be. And the father? He has been involved with both of the women! The mothers’ intertwined lives, their emotions, their choices are not only a description of one time and one place but of how people interact, of how societies function and of human nature in general.

The writing is gorgeous. It sparkles, it glitters, it shines. A winter sky, a lifted visage, the light and furniture and chiming of an ormolu clock in a hall. The writing is sharp and clever. It delivers a message with a cutting edge.

We are delivered a commentary on upper-class New York society in the 1850s.

We are delivered a biting social commentary on conformity.

We examine what it is to be a mother. Not just in words, but in our hearts.

And how is it to be a young, soon to be married bride? Your whole, glorious life lies ahead of you, but how much do you really understand of that which surrounds you, of that which you see and think you have complete mastery over? The naivety of youth is wonderfully, is perceptively captured.

The ending is perfect.