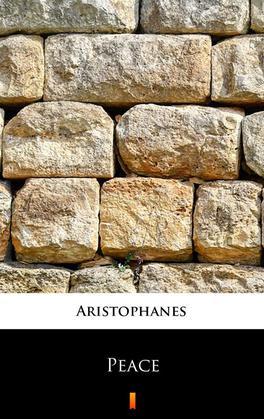 An elderly wine grower Trigay, tired of the war and strife between the Greek cities, on a giant dung beetle goes to heaven to talk with Zeus. Arriving there, Trigay learns from Hermes that Zeus and the other gods are away, and instead of them, Polemos settled in the house of the gods. Polemos threw the goddess of peace Eiren into the cave and stoned him; together with the Horror that is serving him, he is going to „powder” the Greek cities in a huge mortar depicting a war.