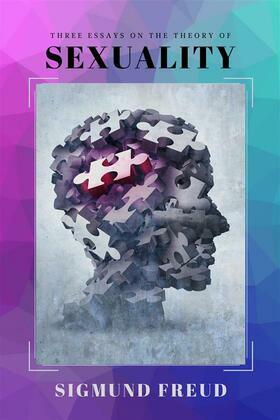 Three Essays on the Theory of Sexuality

by Sigmund Freud (Author)
Buy for €1.99 Excerpt
Nonfiction Human science Psychology Movements Psychoanalysis Developmental Child Reference
warning_amber
One or more licenses for this book have been acquired by your organisation details

Sigmund Freud, the father of psychoanalysis, was a physiologist, medical doctor, psychologist and influential thinker of the early twentieth century. He articulated and refined the concepts of the unconscious mind, infantile sexuality and dream interpretation, all as part of a radically new conceptual and therapeutic frame of reference. Freud's redefinition of sexuality to include its infantile forms led him to formulate the Oedipus complex as the central tenet of psychoanalytical theory.

Three Essays on the Theory of Sexuality is a 1905 work in which he advances his theory of sexuality, in particular its relation to childhood. Freud's book covers three main areas: sexual perversions; childhood sexuality; and puberty.

Excerpt: "The fact of sexual need in man and animal is expressed in biology by the assumption of a "sexual impulse." This impulse is made analogous to the impulse of taking nourishment, and to hunger. The sexual expression corresponding to hunger not being found colloquilly, science uses the expression "libido."

Popular conception makes definite assumptions concerning the nature and qualities of this sexual impulse. It is supposed to be absent during childhood and to commence about the time of and in connection with the maturing process of puberty; it is supposed that it manifests itself in irresistible attractions exerted by one sex upon the other, and that its aim is sexual union or at least such actions as would lead to union.

But we have every reason to see in these assumptions a very untrustworthy picture of reality. On closer examination they are found to abound in errors, inaccuracies and hasty conclusions.