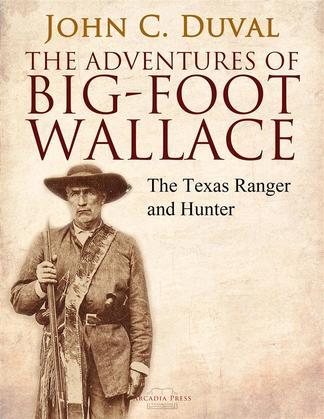 The Adventures of Big-Foot Wallace

William Alexander Anderson "Bigfoot" Wallace (April 3, 1817 – January 7, 1899) was a famous Texas Ranger who took part in many of the military conflicts of the Republic of Texas and the United States in the 1840s, including the Mexican–American War.

John Duval, fellow Texas Ranger and Wallace’s best friend, gives a thrilling but factual account of the man’s life in a simple but engaging narrative style, combining action, suspense, and dry Texan humor. Wallace’s hairbreadth escapes and larger-than-life story are the perfect representation of the Old West in all its perils, comedy, and romance.