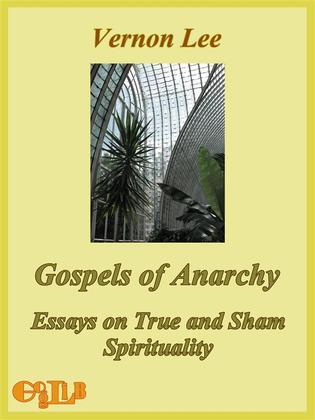 Gospels of Anarchy, and Other Contemporary Studies

by Vernon Lee (Author)
Excerpt Buy for €2.99
Nonfiction Literary essays
warning_amber
One or more licenses for this book have been acquired by your organisation details

In 1909 Vernon Lee published in a volume, whose title was Gospels of Anarchy, some essays she had written between the end of the century and 1907. The book doesn’t speak at all of anarchy in the sense one would expect: there is no mention of Bakunin, nor of any other theoretical or practical anarchist. It speaks of nineteenth-century culture under a double facies: it hints at the obvious one of the spirit of gross scientism, and focuses all attention on the less obvious one of the post-romantic and unrealistic restorations of spirituality that carry within themselves a kinship with positivism as well as the key of their failure, which are both revealed in the persistent intellectualism that imprints all forms of alleged religiosity, rediscovered or founded from scratch: this judgment falls mercilessly on Emerson, Tolstoy, Ruskin, Nietzsche, William James with his “will to believe”, and finally on what seems to Vernon Lee the latest version of this spirit, the planning attitude of the future of the new socialist Utopias, targeted through H.G. Wells, which “think about the future” instead of “taking care of the present”, that is to say they plan the future with abstract thought and unrealistic velleities rather than accepting what could be prepared by taking thoughtful care of the present. This is the meaning of the Anarchy label: the obtuseness of the nineteenth century, which by claiming to restore the mythical spirituality which it longs for through the artifice dominated by the intellect, falls into “disorder”.

In the meantime, in the variety of critical discussions, Vernon Lee’s philosophy is built piece by piece, in an unsystematic way, which could be summarized with caution as a religion of respect for the infinite variety of Reality, and respect for the humble and useful work that takes care of the present and its needs. A philosophy resistant to formulas and built on an original notion of Manifold Reality and its needs.