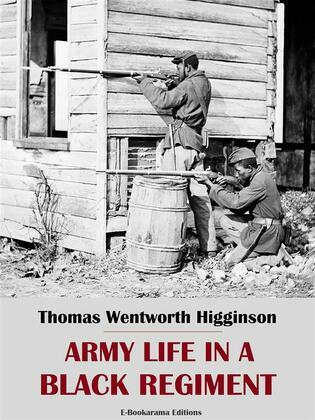 Army Life in a Black Regiment

Written in 1869, "Army Life in a Black Regiment" is a stirring account of wartime experiences from the leader of the first regiment of emancipated slaves.

"...These pages record some of the adventures of the First South Carolina Volunteers, the first slave regiment mustered into the service of the United States during the late civil war. It was, indeed, the first coloured regiment of any kind so mustered, except a portion of the troops raised by Major-General Butler at New Orleans. These scarcely belonged to the same class, however, being recruited from the free coloured population of that city, a comparatively self-reliant and educated race..."