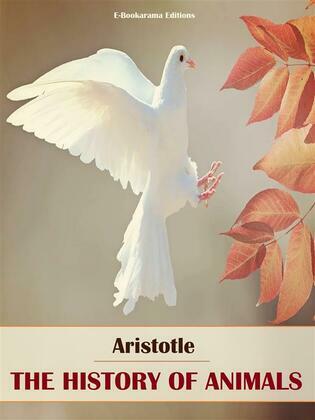 The History of Animals

Biology was a natural pursuit for Aristotle, given his family's medical background. Along with his achievements in logic, his work in biology constitutes his greatest and longest-lasting success. He identified approximately 495 different species of animals, some of which were alluded to briefly and others that were studied in considerable depth. A significant part of his achievement was simply the sheer amount of data that he collected, but he is also praised for the skill and care with which he organised the data, along with the insights he offered.

His central work in biological studies was titled "The History of Animals". Aristotle draws the most important distinctions between animals with and without blood and between viviparous (reproducing offspring within the female's body, as generally the case with mammals) and oviparous (reproducing through the hatching of eggs) animals. He paid considerable attention to the questions of reproduction and heredity, determining what factors contribute in what ways. Aristotle's teleology played a particularly important role in his biological studies. He believed that no organ was given to an animal without a purpose. Thus he was careful to distinguish between final and variable characteristics. Final characteristics were those essential to an animal species, while variable characteristics consisted of qualities that develop rather than being naturally endowed.