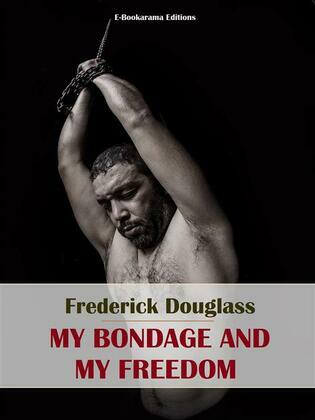 My Bondage and My Freedom

Born into slavery in 1818, Frederick Douglass would escape and gain his freedom by his 20th birthday. But rather than be content with his own liberty, he worked to gain attention for the cause of abolition, or the end of slavery. He was particularly gifted in his use of both the written and spoken word, making many doubt that he was ever a slave.

"My Bondage and My Freedom", published in 1855, is an example of a genre of literature known as the slave narrative. This genre flourished from around 1760 and though the first few decades after the abolition of slavery. One of the most famous examples is the interesting "Narrative of the Life of Olaudah Equiano", but the most famous writer of a slave a narrative almost certainly has to be Frederick Douglas. So much did the iconoclastic Douglass have to share about the reality of slavery that "My Bondage and My Freedom" is actually his second publication. The first—and more famous—is his groundbreaking "Narrative of the Life of Frederick Douglass, an American Slave: Written by Himself".

Technically, "My Bondage and My Freedom" is considered a revised and expanded version of that original publication in that it serves to update readers on what has occurred in the decade since the earlier narrative was published. These additions are primarily focused on his encounter with racism in the northern states, his activism in the name of abolition, most significantly, his decision to break away from William Lloyd Garrison and the white abolitionist leaders to establish the primacy of the black voice in the call to end slavery.

Central to this slave narrative if Douglass’ fervent expression of his contention that the institutions of slavery corrupts and dehumanises not just the slave, but the slaveowner and non-slaveholder who condones the practice.