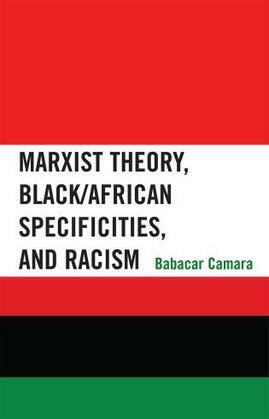 This book deals with substantive issues that have the potential to enhance our understanding regarding how Marxist theory can be quite useful in interpreting Black specificities and the race paradigm. So far, Marxist theory has been excluded because it is supposedly class and economy reductionist, but the essence of this theory-dialectic-not only proves that it is a meaningful way of seeing racism for what it truly is, but also a way of filtering through the plethora of interpretations of what constitutes race. The timeliness of the approach should help revive discussion on ethnophilosophy as an ideology. So much academic consideration has led scholars to seriously underestimate ideology's extraordinary efficiency in blending into lived experience to the point where much of its most telling effects have become undetectable. This work suggests that critical theory must reorient itself and offers an important discussion on the dominant discourse of poststructuralism, postmodernism, postcolonialism, Marxism, African socialism, NZgritude, and Afrocentricity. The book's approach sheds a radical light on the claim for Black specificities and racism. It shows that racial and ethnological discourses are ideological and political mystifications, masking exploitation. Under such circumstances, racial and racist ideologies become cards to be played by the perpetrators or the victims, as the case studies of Haiti and South Africa illustrate. As can be seen, then, the intelligibility of racism and its various forms can only stem from an analysis of the social structures upon which they rest. Just to show how inextricably linked ideology, race, racism, political expansion, and economic domination are, the book looks at Africa and its Diaspora, revealing how Africans remain the scapegoat for racial 'othering' in the global economy's ideological praxis. In so doing, the book is also able to include African intellectuals' perspectives that have often been omitted from the dialogue on critical theory, race, racism, and Black specificities.