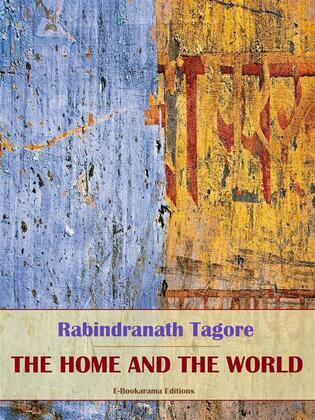 The Home and the World

by Rabindranath Tagore (Author)
Excerpt Buy for €0.49
Nonfiction History History by country Asia India Fiction Juvenile & young adult Historical Asia Historical
warning_amber
One or more licenses for this book have been acquired by your organisation details

"The Home and the World", written by Rabindranath Tagore in 1916, is set during the height of the Swadeshi movement, a boycott of British goods that was initiated in 1905 as a protest against Great Britain’s arbitrary division of Bengal into two parts. At first, Tagore was one of the leaders of Swadeshi, but when protests evolved into violent conflicts between Muslims and Hindus, Tagore left the movement.

In "The Home and the World", he explained why he did not approve of what Swadeshi had become.

"The Home and the World" consists of 26 chapters, each of which is told from the point of view of one of the novel’s three central characters: Bimala; her husband, Nikhil; and Sandip, a leader within the Swadeshi movement. By presenting the story from three different perspectives, Tagore reflects the lack of social unity and political organization characteristic of Bengal and of India at the time the story takes place and gives insight into the diversity of perspectives held about the future direction of India.