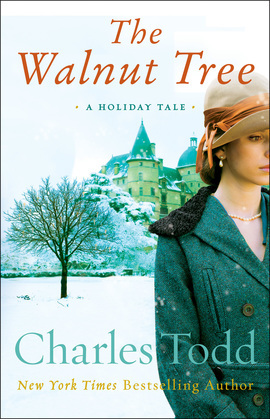 The critically acclaimed creator of the Inspector Ian Rutledge and battlefield nurse Bess Crawford mystery series, Charles Todd now offers readers a bittersweet love story and romantic mystery that unfolds at Christmas during the dangerous opening days of World War I.  The Walnut Tree is an unforgettable story of a woman who puts herself in the line of fire for the sake of wounded soldiers and falls deeply in love with a man who may be forbidden to her.  For anyone who has fallen under the spell of Downton Abbey, and for all the fans of the British-set mysteries of Elizabeth George, Anne Perry, Ruth Rendell, Martha Grimes, and Jacqueline Winspear, The Walnut Tree is essential reading.