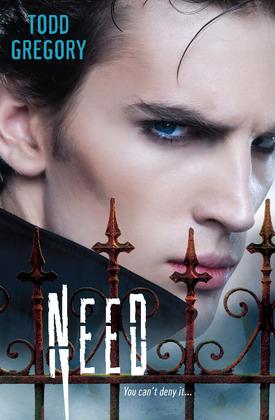 On the sultry streets of New Orleans, you can indulge every desire. Even when what you crave is blood.

As far as the mortal world knows, Cord Logan died two years ago. In reality, he stalks the French Quarter, searching for victims. Cord knew that coming back to New Orleans would be risky now that he's broken with the fraternity of vampires who first claimed him. But a chance encounter with an old friend triggers unexpected desire, and reveals a lethal curse that endangers not just his kind, but all of humanity.

Cord's quest to break the curse leads him on a journey of carnal self-discovery and deep into the bayous. Here, where magic reigns unchecked, Cord must tap into his dark, unpredictable abilities and all his seductive powers. And if he fails, he'll have all eternity to regret it. . .

Todd Gregory is a New Orleans-based writer/editor. He is also a member of the Author's Guild, the Mystery Writers of America, the International Association of Crime Writers, and the Private Eye Writers of America.