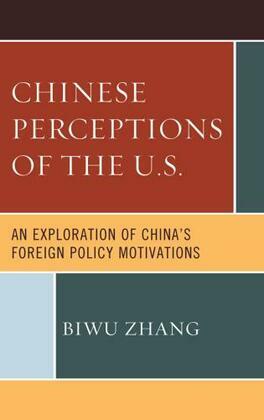 Chinese Perceptions of the U.S.: An Exploration of China's Foreign Policy Motivations

The "China threat" has been one of hotly debated topics since the early 1990s. Chinese Perceptions of the U.S. is a book about what Chinese scholars said about the U.S. among themselves, their criticism and appreciation of the U.S., its power status in the world, the advantages and disadvantages of its political and economic systems, and most importantly, what China should do with regard to the U.S. The author addresses two fundamental questions: Does China have the capabilities to challenge the international system? And does it have the motivation to do so? This book offers a systematic study of China's foreign policy motivations by exploring how consideration of national interests and how China's perceptions of key characters of the U.S. affect its foreign policy orientation.