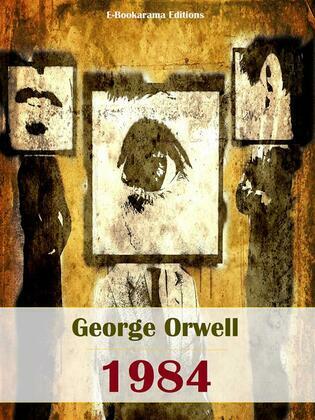 George Orwell wrote his masterpiece "1984" in 1949. The dystopian novel is set in 1984 - Orwell's near future and our recent past - but the novel is still relevant today, due to its depiction of a totalitarian government and its themes of using media manipulation and advanced technology to control people.

"1984" follows the life of Winston Smith, a low ranking member of ‘the Party’, who is frustrated by the omnipresent eyes of the party, and its ominous ruler Big Brother.

‘Big Brother’ controls every aspect of people’s lives. It has invented the language ‘Newspeak’ in an attempt to completely eliminate political rebellion; created ‘Throughtcrimes’ to stop people even thinking of things considered rebellious. The party controls what people read, speak, say and do with the threat that if they disobey, they will be sent to the dreaded Room 101 as a looming punishment...

Orwell wrote "1984" as a warning after years of brooding on the twin menaces of Nazism and Stalinism. Its depiction of a state where daring to think differently is rewarded with torture, where people are monitored every second of the day, and where party propaganda trumps free speech and thought is a sobering reminder of the evils of unaccountable governments. Winston is the symbol of the values of civilised life, and his defeat is a poignant reminder of the vulnerability of such values in the midst of all-powerful states.