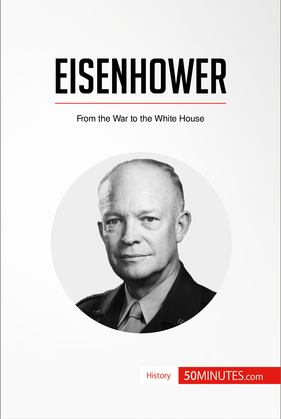 Keen to learn but short on time? Get to grips with the life of Dwight D. Eisenhower in next to no time with this concise guide.

50Minutes.com provides a clear and engaging analysis of Dwight D. Eisenhower. In 1952, Eisenhower was elected president in a landslide victory, putting an end to 20 years of Democratic leadership. His major achievements during his presidency include increased economic prosperity, the end of the Korean War and a reduction in tensions between the USA and the USSR. Eisenhower completed two terms in the White House, and is commonly viewed as one of the greatest American presidents.

In just 50 minutes you will:
?Learn about Eisenhower?s life and career before becoming president, including his outstanding military record
?Evaluate his domestic policy and its results, including increased prosperity and some advances in civil rights
?Understand the key elements of his foreign policy, in particular the Eisenhower Doctrine and the containment of Communism