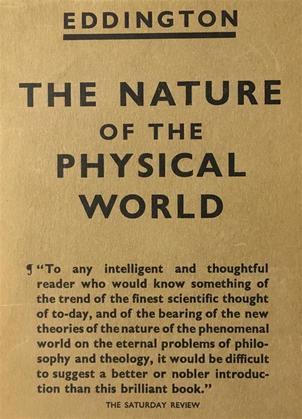 The Nature of the Physical World

Eddington was one of the most important British scientists of this times, and the first major expositor of Einstein's work to the English-speaking world, but also familiar with the major advances in quantum mechanics, then taking place. Basically an astrophysicist with strong theoretical interests, Eddington has been a major influence on the public and philosophical understanding of the revolutionary advances in physics which took place in the first decades of the 20th century. Eddington's modes of thought have become our own, and partly in consequence, this his most famous book deserves critical attention.