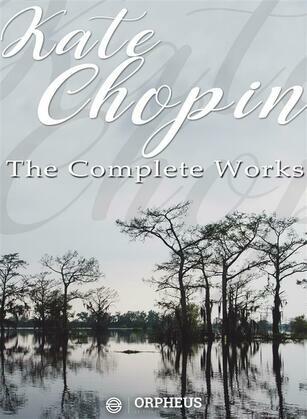 During her career as a writer, Kate Chopin wrote many short stories, and novels.

Her first novel was At Fault (1889), and two short stories collections where published in 1894 and 1897: Bayou Folk and A Night In Acadie. All of these works depicted the life in Louisiana and were at the time well received by critics and by the public.

In 1899, the publication of her novel The Awakening resulted in outrage, due to the actions of the main character and her lack of remorse.

The works of Kate Chopin are today part of the American literature canon.

You will find them all in this meticulously compiled edition, which includes previously uncollected short stories.

This book contains the following works :

- A Night in Acadie, another short stories collection.

- The Awakening, a novel, followed by short stories.