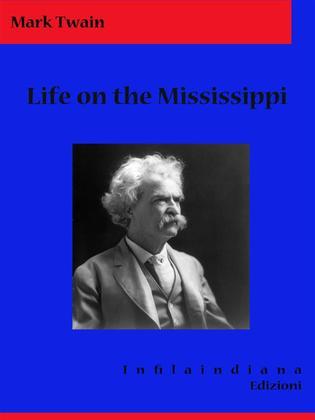 Life on the Mississippi

Life on the Mississippi, written in 1883, is an autobiographical work by Mark Twain.

After a brief digression on the discovery of the Mississippi River, occurred in 1541 by the Spanish conquistador Hernando de Soto, Twain tells of his youth spent as a steamboats pilot. In the second part of the text, however, he describes his return as an adult to the Mississippi River during a cruise from St. Louis to New Orleans. Through the author's personal experience, therefore, the book photographs the great changes brought by progress along the enormous course of the Mississippi River.

Mark Twain, pseudonym of Samuel Langhorne Clemens, was born in Florida in 1835.

Rightly considered one of the greatest American writers, with texts such as The Adventures of Tom Sawyer and The Adventures of Huckleberry Finn and also thanks to the various television and film adaptations, he had a strong impact on the imagination of millions of children around the world. A curiosity: the pseudonym that he gave himself probably derives from the yell used in the slang of the United States riverboatmen to signal the depth of the waters.