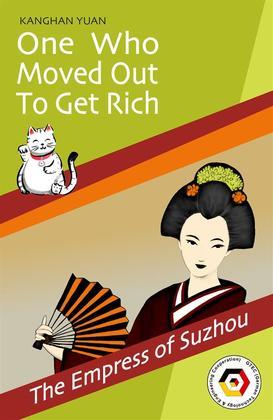 One Who Moved Out to Get Rich

ALL CHINESE EAT DOGS AND CATS! Franz Übermut, is a German businessman who wants to gain a foothold in China for business and pleasure, humorously dispels mistakes about China. The land is brought closer to the Europeans and the Western world in a way that no travel guide can.

Every day in their life with his wife Hong and her family comes up with exciting stories, and one or the other pitfalls cannot be avoided despite all warnings.
The marriage of the two is far from harmonious, because different cultures clash again and again. For both of them this is no reason to give up, they love each other. Their life is filled with actions, thoughts and conversations about money, happiness, intrigue, love, power, sex, and business.
While many of his business colleagues return to Germany after a few years in China, Franz naively thinks he can bite through and become successful. Learn the risks and opportunities of mixed marriage, life and work in China.
Outside the comfort zone without backing away from home. Who decides about life and death of a foreign manager in a Chinese company? Not the managing director, who then? How can this be influenced to avert damage? Why are there so many rich Chinese, but most expatriates remain poor? What are they all doing wrong?

For everybody who like to know how life and business in China is going on, where you put your foot in it and what are the culture and business differences between Western and Eastern world, between Christians and Buddhists.

This is the first volume of an adventurous journey across Asia. The business and private experiences of the German expatriate and emigrant Franz Übermut. Marvel at the "ultra-modern" China and the millennia-old stratagems, superstitions, traditions, TCM knowledge, culinary skills and self-esteem rooted in the minds. You can also learn about the wide-ranging cultural differences between the west and east, which drop a brick by many travelers and business people.