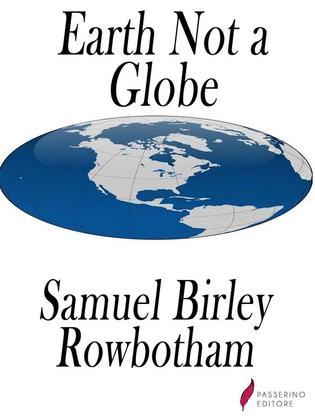 Earth Not a Globe

by Samuel Birley Rowbotham (Author)
Buy for €0.99 Excerpt
Nonfiction Science and technics Science Astronomy Cosmology
warning_amber
One or more licenses for this book have been acquired by your organisation details

Zetetic Astronomy: The Earth Not a Globe or simply Earth Not a Globe is a pamplet written in 1881 by Samuel Rowbotham, under the pseudonym "Parallax". It is the basis for most the flat earth theories supported by the Flat Earth Society.

Samuel Birley Rowbotham (AKA Parallax) (1816 – 1884), was an English medical doctor and inventor who wrote Zetetic Astronomy: Earth Not a Globe, based on his decades-long scientific studies of the earth.

The flat Earth model is an archaic conception of Earth's shape as a plane or disk. Many ancient cultures subscribed to a flat Earth cosmography, including Greece until the classical period, the Bronze Age and Iron Age civilizations of the Near East until the Hellenistic period, India until the Gupta period (early centuries AD), and China until the 17th century.