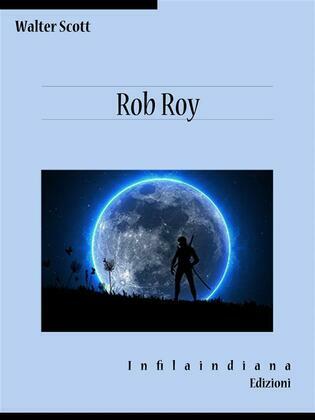 Rob Roy is a historical genre novel published by Walter Scott in 1817. The story is set between England and Scotland in the early 18th century. Despite the title, the protagonist is Frank Osbaldistone, a young man who would like to become a poet. Robert Roy is the name of a generous bandit that Frank will meet on his adventurous trip to Scotland.

Sir Walter Scott, I Baronet Scott, was a Scottish writer, poet and novelist, considered the father of the modern historical novel. He was born in Edinburgh in 1771 and like his father he became a lawyer but he also cultivated literary studies. His most famous novel remains Ivanhoe (1819). He died at Abbotsford house in 1832.