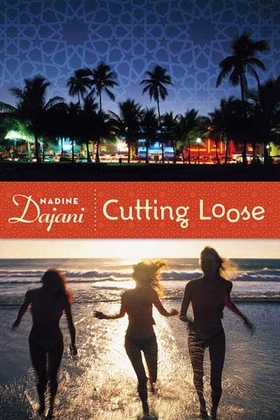 Meet three women who are as different as could be?at least that's what they think?and the men who've turned their lives upside down as their paths collide in sizzling, sexy Miami. . . .

Ranya is a modern-day princess?brought up behind the gilded walls of Saudi Arabian high society and winner of the dream husband sweepstakes . . . until said husband turns out to be more interested in Paolo, the interior-decorator-cum-underwear-model, than in his virginal new wife.

Smart, independent, but painfully shy, Zahra has managed to escape her impoverished Palestinian roots to carve out a life of comfort. But she can't reveal her secrets to the man she adores or shake off the fear that she doesn't deserve any of it. She also can't shake the fear that if she holds on to anything?or anyone?too dearly, they will be taken away in the blink of a kohl-lined eye.

Rio has risen above the slums of her native Honduras?not to mention the jeers of her none too supportive family?to become editor in chief of Suéltate magazine, the hottest Latina-targeted glossy in town, and this in spite of Georges Mallouk, her hunky-yet-clueless boss, and in spite of Rio's totally wrong but oh-so-sinfully-right affair with the boss's delicious but despicable younger brother, Joe.

In this city of fast cars, sleek clubs, and unapologetic superficiality, Ranya, Zahra, and Rio wrestle with the ties that bind them to their difficult pasts, and it just might be time for them to cut loose. . . .