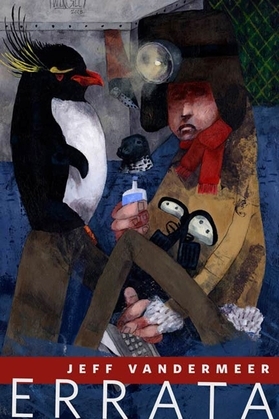 Perhaps "Errata" is a metafictional narrative about a short story assigned to Jeff VanderMeer (or a fictional version of Jeff VanderMeer) by a now-defunct literary journal (or a fictional version of a now-defunct literary journal) explicitly for the purposes of determining THE FATE OF THE WORLD. Or perhaps it's just a story about a Siberian penguin. It is incumbent upon you, the reader, to decide which stream of reality we are lazily floating along in.

The real Jeff VanderMeer's recent books include the acclaimed novels Finch and Shriek: An Afterward. His short fiction has appeared in several Year's Best anthologies and has been shortlisted for Best American Short Stories. VanderMeer has also edited or co-edited several anthologies, including the prestigious Leviathan fiction anthology series, The Thackery T. Lambshead Pocket Guide to Eccentric & Discredited Diseases, and the acclaimed Steampunk anthology. He has won the World Fantasy Award twice.