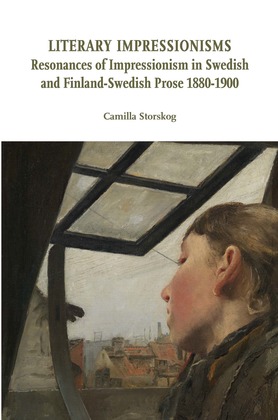 by Camilla Storskog (Author)
Excerpt Buy for $9.99
Nonfiction Literary essays
warning_amber
One or more licenses for this book have been acquired by your organisation details

This book aims to locate and draw out resonances of impressionism in Swedish and Finland-Swedish prose at the end of the nineteenth century, a field hitherto overlooked in the critical debate on literary impressionism. In order to frame the many alternative approaches to this issue, it examines the use of the term ‘literary impressionism’ not only on the Scandinavian scene but also in an international context. By focussing on three landmark discussions in the Nordic countries (Herman Bang, the Kristiania Bohème, August Strindberg), an inclusive, wide-ranging Scandinavian understanding of the relationship between impressionism and literature is advanced. The texts chosen for closer scrutiny disclose this extensive interpretation of impressionist writing: Helena Westermarck’s short story Aftonstämning (Evening Mood) from 1890 is read as an example of interart transposition, Stella Kleve’s novels and short stories are seen as indicative of the narrative modes of a literary impressionism drawing on scenic representation, but also present textual features such as the ‘metonymic mode’ and ‘delayed decoding’, elements that are central to the international approach to impressionist prose. The concluding analysis of fictional impressionists in the works of authors such as Gustaf af Geijerstam, Mathilda Roos, and Georg Nordensvan sketches a many-sided portrait of the impressionist painter while remaining true to this study’s pluralistic approach by including a discussion of K.A. Tavaststjerna’s Impressionisten (The Impressionist) from 1892, whose protagonist is not an artist but a hypersensitive, impressionable subject. This last section also investigates how fiction is used to convey a critical discussion of the means and methods of painterly impressionism, as well as the function of the use of the visual arts in these texts.