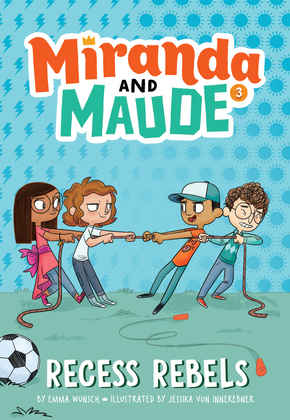 The girls and boys of 3B aren?t getting along. It starts with a game of tag and ends with a tug of war. In between, there are sneak attacks, a girls-only newspaper, a doughnut filled with cheese, and one stolen Frizzle chicken. Maude gets lots of opportunities to protest, but in the end, it?s Miranda who learns to stand up for what she believes in.