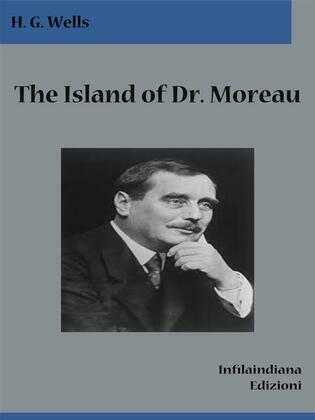 The Island of Dr. Moreau

The Island of Dr. Moreau is a science fiction novel written in 1896 and published the following year. It is considered the first exponent of the genre "Uplift" in which an advanced breed intervenes in the evolution of an animal species to bring it to a higher level of intelligence. Dr. Moreau, a mad and unscrupulous scientist surrounded by monsters fruit of his perverse creativity, represents in Wells' intentions the most nefarious aspects of the modern society and of the unscrupulous industrialization. In Italy it was first published in 1900.

Herbert George Wells, known primarily as H.G. Wells, was born in England (1866), now best remembered for his science fiction novels. Wells, along with J. Verne and H. Gernsback, is considered the father of science fiction. The Time Machine (1895), The Invisible Man (1896) and The War of the Worlds (1898) are his most notable works. Wells was nominated, in four different years, for the Nobel Prize. He died in 1946.