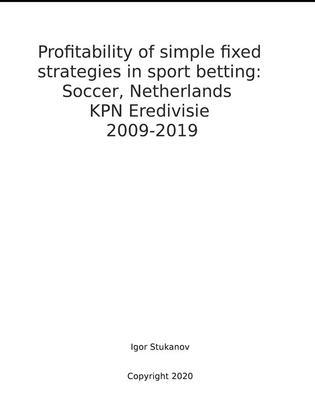 A simple fixed strategy is a strategy to bet the same fixed amount of money on a particular event, for example that a home team wins, for all games in a pre-selected group of games.

In this book calculations of profitability of fixed strategies in soccer for 2009-2019 Netherlands KPN Eredivisie seasons are presented.