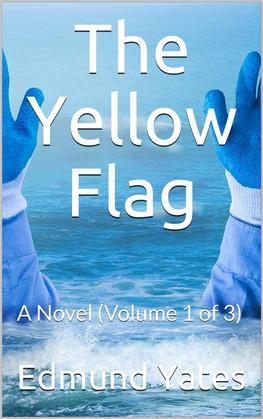 Famous Classic Fiction Story based on suicide by drowning. Moving forward, it turned to be a Suspense story.

Among the minor novelists of the 1860s and 1870s Edmund Yates merits attention for several reasons. In addition to writing novels which at their best are lively and individual he is an important figure in the history of journalism; he also, in his own day, achieved varying degrees of fame or notoriety as playwright, lecturer, entertainer, and publicist. His own record of his multifarious activities, Edmund Yates: His Recollections and Experiences (1884), arguably ranks second only to Trollope’s among literary autobiographies of the Victorian period. As a man in a field dominated by women, he is able in his novels to give us the entrée to male preserves, notably the public service, clubland, and upper bohemia, which were barred to most other Victorian novelists or which they preferred not to advertise their familiarity with. For the critic and literary historian his novels afford a revealing instance of both the great gulf that divides the novelist with a gift for sedulously aping his betters from the novelist of real genius and, at a lower level, the gulf between the popular writer who can use modish plot formulae and narrative tricks with real conviction and the writer who appears to adopt them simply because they will sell or because he is too lazy, or too busy, to look for forms better suited to his own talents and interests. For the bibliographer Yates’s novels pose unusual problems and offer rich opportunities for speculation in that he was accused, after his death, of having entrusted large sections of some, and even the whole of one, to a ‘ ghost’, an unacknowledged collaborator.