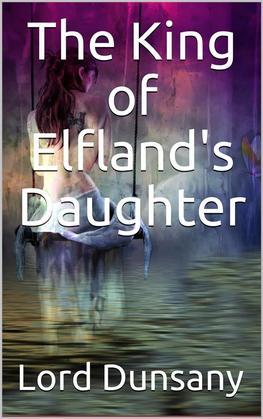 The King of Elfland's Daughter

The King of Elfland's Daughter is a 1924 fantasy novel by Anglo-Irish writer Lord Dunsany. It is widely recognized as one of the most influential and acclaimed works in all of fantasy literature. Although the novel faded into relative obscurity following its initial release, it found new longevity and wider critical acclaim when a paperback edition was released in 1969 as the second volume of the Ballantine Adult Fantasy series. It has also been included in a more recent series of books reprinting the best of modern fantasy, the Fantasy Masterworks series. While seen as highly influential upon the genre as a whole, the novel was particularly formative in the (later-named) subgenres of fairytale fantasy and high fantasy.

The lord of Erl is told by the parliament of his people that they want to be ruled by a magic lord. Obeying the immemorial custom, the lord sends his son Alveric to fetch the King of Elfland's daughter, Lirazel, to be his bride. He makes his way to Elfland, where time passes at a rate far slower than the real world, and wins her. They return to Erl and have a son, but in the manner of fairy brides of folklore, she fits uneasily with his people. She returns to the waiting arms of her father in Elfland, and her lovesick husband goes searching for her, abandoning the kingdom of Erl and wandering in a now-hopeless quest. However, Lirazel becomes lonesome for her mortal husband and son. Seeing that she is unhappy, the King of Elfland uses a powerful magic to engulf the land of Erl. Erl is transformed into a part of Elfland, and Lirazel and her loved ones are reunited forever in an eternal, enchanted world.

During the course of the novel, the King of Elfland uses up all of the three powerful magic spells he had been reserving for the defense of his realm.