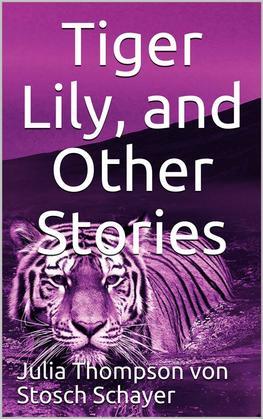 Tiger Lily and Other Stories

Julia Thompson published short stories in publications including The Atlantic Monthly, Scribner's Monthly and The Century Magazine. Her Century stories were compiled in Tiger Lily and Other Stories published in 1883. Her 1891 Century story The Major's Appointment was adapted into a play by Nelson Wheatcroft and George Backus, which debuted at the Amphion Academy in Brooklyn in March 1892. Her Story of Two Lives (first published in Swinton's Story-teller in 1883) was adapted for an episode of the television show Your Favorite Story in 1953.