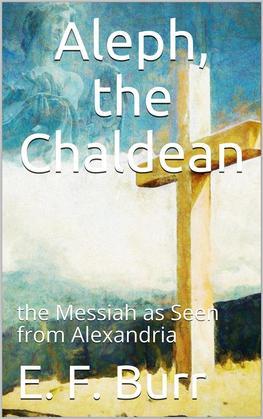 Aleph, the Chaldean; or, the Messiah as Seen from Alexandria

Two facts, at least, should be remembered by the readers of this book.

1. It was not uncommon in the times of the Christ for Hebrew men, in imitation of Joseph and Moses and Boaz, to marry outside of their own people.

2. It is a great mistake to suppose that women in the Roman Empire of the First Century were secluded after the current oriental fashion. They had about as much freedom on most lines of social intercourse as women have among us. The New Testament shows this in regard to Palestine and such contiguous countries as appear in the Acts of the Apostles. But it was the same wherever the Roman authority and influence extended.

“Tradition was in favor of restriction, but by a concurrence of circumstances women had been liberated from the enslaving fetters of the old legal forms, and enjoyed freedom of intercourse in society; they walked and drove in the public thoroughfares with veils that did not conceal their faces; they dined in the company of men; they studied literature and philosophy; they took part in political movements; they were allowed to defend their own law cases if they liked; and they helped their husbands in the government of provinces and the writing of books.”