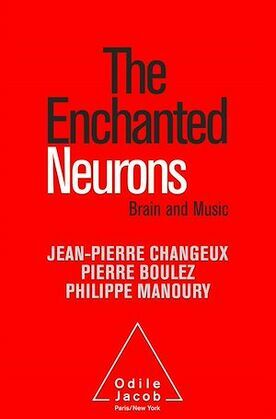 What happens in the mind of a composer such as Pierre Boulez when he writes the music piece The Hammer without a Master or in that of Stravinsky when he wrote the Rite of Spring? How does he choose one motif, one rhythm, one harmonic progression over another? This book aims at unraveling this mystery, still unsolved to this day. As such, it represents the first attempt to lay the intellectual foundations for a neuroscience of art. The dialogue between Jean-Pierre Changeux, a world-famous neurobiologist who dedicated a lifetime of research to the workings of the human brain, and late composer Pierre Boulez, who embedded his musical investigation within a theoretical inquiry constantly under review, enables us to embrace in a single glance the subjective experience of composing alongside a scientific breakdown into its biological processes. From the basic components of our brain (molecules, synapses, or neurons) to complex mental activities, such as the understanding of beauty, Pierre Boulez and Jean-Pierre Changeux address musical creativity and use musical examples to help us dig deeper into the magic of the workings of the human brain. But something else happens in this unprecedented dialogue: science and music mirror each other and reveal unexpectedly common areas of investigation and invention: through experimental or musical design, the researcher and the composer are trying to delineate, trigger and set in motion similar brain processes: reward and pleasure, memory and perception, attention and surprise. Arguably the most influential composer of our times, Pierre Boulez changed the course of 20th-century music and transformed our musical experience. This profoundly innovative book represents both a unique intellectual achievement, as well as a contribution to his invaluable intellectual and artistic legacy. Jean-Pierre Changeux, a neurobiologist and a member of the French Academy of Sciences, is an honorary professor both at the Collège de France and at the Institut Pasteur. He is the author of such highly successful works as Du vrai, du beau, du bien, Matière à pensée, La Nature et la Règle and L’Homme de vérité, all published by Editions Odile Jacob. Pierre Boulez, a thrilling conductor and avant-garde composer (The Hammer without a master), was the founder of France’s renowned Institute for Research and Coordination in Acoustics and Music (IRCAM). He is recognized as a leading twentieth-century creator and one of the foremost thinkers in the musical domain. From 1976 to 1995, he held the chair of ‘Invention, Technique and Language’ at the Collège de France. Philippe Manoury, their interlocutor in the conversation, was named composer of the year, in 2012, for La Nuit de Gutenberg.