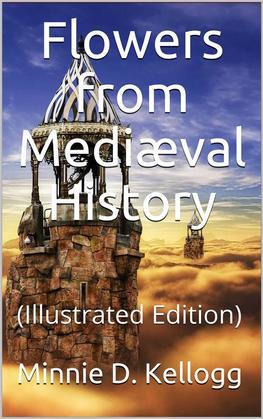 Modern invention has actually reflected upon ancient history: the railroad, the steam derrick and the photograph have changed our conceptions of the past. Written history is now accepted as its author’s opinion, while tangible records stand forth as facts.

This attitude brings the Middle Ages particularly near to us, for though its people wrote comparatively little, they were wonderful builders: their art was more literally expressive than the classic; then, too, of course, it is better preserved.

While the Greeks and Romans were our schoolmasters, the Europeans of the Middle Ages are our ancestors. Their experience foreshadows our own; for however far removed from us in thought and action they may have been, they were akin to us in feeling.

The Greeks did develop an art from the motif of physical beauty, however, but their statues, executed before art became mature enough to produce that beauty, have no message, while one often catches something high and holy from a very early Christian image. It may radiate from a pretty smile on the face of a crude Madonna, or a graceful upturned head, in a figure entirely destitute of anatomy, which looks as though the simple craftsman had called upon a higher power than knowledge.

These pictures give the other half of the truth, the tenderer side of the old life and theology. What sympathetic Bible scholars some of the artists became! And, in general, the greatest were the tenderest. Albrecht Dürer’s Evangelists are interesting character studies for all time. He conceives of Saint Mark as a plain, simple enthusiast; of Saint Paul, as a broad-minded, thoughtful man whom he even imagines to be bald. He does not try to make either of them exactly handsome but the way Mark looks up to Paul is most winning. A little later Andrea del Sarto paints a splendid account of the warring doctors of the Church, which shows clearly he saw beyond them: but this takes us into the Renaissance which has been defined as a marriage of the Grecian and the Gothic.