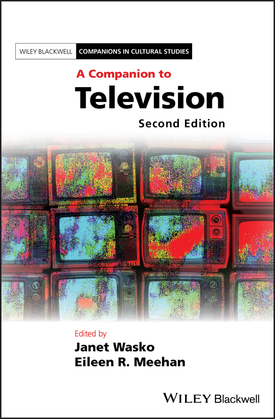 A Companion to Television

The latest edition of the acclaimed volume on television studies, featuring new original essays from leading scholars in the field

Although the digital age has radically altered the media and communications landscape worldwide, television continues to play a significant part of our lives. From its earliest beginnings through to the present day, television and its influence has been the subject of extensive study, critique, and analysis. A Companion to Television brings together contributions from prominent international scholars comprising a wide range of perspectives on the medium. Original essays define television in its current state, explore why it is still relevant, survey the ways in which television has been studied, discuss how television has changed, and consider what television might look like in the future.

Presenting diverse perspectives on topics ranging from television advertising to satirical representations of the industry, A Companion to Television, Second Edition is an invaluable resource for those in undergraduate courses in television studies, as well as in general media studies and communications.