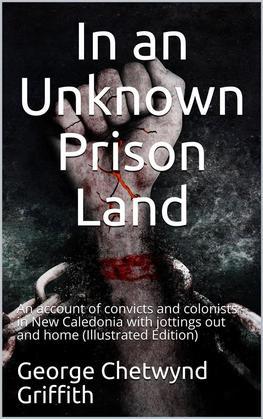 New Caledonia is a special collectivity of France, currently governed under the Nouméa Accord, located in the southwest Pacific Ocean, to the south of Vanuatu, about 1,210 km (750 mi) east of Australia and 20,000 km (12,000 mi) from Metropolitan France. The archipelago, part of the Melanesia subregion, includes the main island of Grande Terre, the Loyalty Islands, the Chesterfield Islands, the Belep archipelago, the Isle of Pines, and a few remote islets. The Chesterfield Islands are in the Coral Sea. French people, and especially locals, refer to Grande Terre as Le Caillou ("the pebble").

New Caledonia has a land area of 18,576 km (7,172 sq mi) divided into three provinces. The North and South Provinces are located on the New Caledonian mainland, while the Loyalty Islands Province is a series of islands off the mainland. Its population of 268,767 (August 2014 census) consists of a mix of the original inhabitants, Kanak people, who are the majority in the North Province and the Loyalty Islands Province and people of European descent (Caldoches and Metropolitan French), Polynesian people (mostly Wallisians), and Southeast Asian people, as well as a few people of Pied-Noir and North African descent who are the majority in the South Province. The capital of the territory is Nouméa.

The earliest traces of human presence in New Caledonia date back to the Lapita period c. 1600 BC to c. 500 AD. The Lapita were highly skilled navigators and agriculturists with influence over a large area of the Pacific.

On 24 September 1853, under orders from Emperor Napoleon III, Admiral Febvrier Despointes took formal possession of New Caledonia. Captain Louis-Marie-François Tardy de Montravel founded Port-de-France (Nouméa) on 25 June 1854. A few dozen free settlers settled on the west coast in the following years. New Caledonia became a penal colony in 1864, and from the 1860s until the end of the transportations in 1897, France sent about 22,000 criminals and political prisoners to New Caledonia. The Bulletin de la Société générale des prisons for 1888 indicates that 10,428 convicts, including 2,329 freed ones, were on the island as of 1 May 1888, by far the largest number of convicts detained in French overseas penitentiaries. The convicts included many Communards, arrested after the failed Paris Commune of 1871, including Henri de Rochefort and Louise Michel. Between 1873 and 1876, 4,200 political prisoners were "relegated" to New Caledonia. Only 40 of them settled in the colony; the rest returned to France after being granted amnesty in 1879 and 1880.