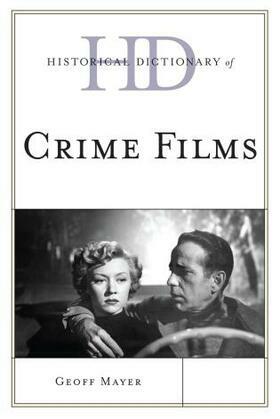 by Geoff Mayer (Author)
Buy for $154.50 Excerpt
Nonfiction Arts Film & video History & criticism Reference Dictionaries
warning_amber
One or more licenses for this book have been acquired by your organisation details

The crime film genre consists of detective films, gangster films, suspense thrillers, film noir, and caper films and is produced throughout the world. Crime film was there at the birth of cinema, and it has accompanied cinema over more than a century of history, passing from silent films to talkies, from black-and-white to color. The genre includes such classics as The Maltese Falcon, The Godfather, Gaslight, The French Connection, and Serpico, as well as more recent successes like Seven, Drive, and L.A. Confidential.

The Historical Dictionary of Crime Films covers the history of this genre through a chronology, an introductory essay, and an extensive bibliography. The dictionary section has over 300 cross-referenced entries on key films, directors, performers, and studios. This book is an excellent access point for students, researchers, and anyone wanting to know more about crime cinema.