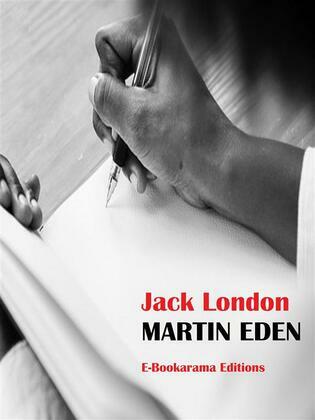 "Martin Eden" is a classic semi autobiographical novel by Jack London, first published in 1909. Martin Eden is the most vital and original character Jack London ever created.

Martin Eden is an impoverished sailor who pursues, obsessively and aggressively, dreams of education and literary fame.

He educates himself feverishly and becomes a writer, hoping to acquire the respectability sought by his society-girl sweetheart. She spurns him, however, when his writing is rejected by several magazines and even more so when he is falsely accused of being a socialist. After he achieves fame, she tries to win him back but Martin realises her love is false. Financially successful and robbed of connection to his own class, aware that his quest for bourgeois respectability was hollow, Eden travels to the Pacific as a sailor again.