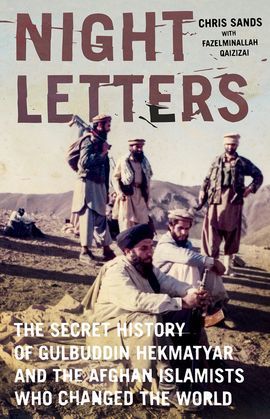 In 1969, several young men met on a rainy night in Kabul to form an Islamist student group. Their aim was laid out in a simple typewritten statement: to halt the spread of Soviet and American influence in Afghanistan. They went on to change the world.

Night Letters tells the extraordinary story of the group's most notorious member, Gulbuddin Hekmatyar, and the guerrilla organzation he came to lead, Hizb-e Islami. By the late 1980s, tens of thousands were drawn to Hekmatyar's vision of a radical Islamic state that would sow unrest from Kashmir to Jerusalem. His doctrine of violent global jihad culminated in 9/11 and the birth of ISIS, yet he never achieved his dream of ruling Afghanistan. The peace deal he signed with Kabul in 2016 was yet another controversial twist in an astonishing life.

Sands and Qazizai delve into the secret history of Hekmatyar and Hizb-e Islami: their wars against Russian and American troops, and their bloody and bitter feuds with domestic enemies. Based on hundreds of exclusive interviews carried out across the region and beyond, this is the definitive account of the most important, yet poorly understood, international Islamist movement of the last fifty years.