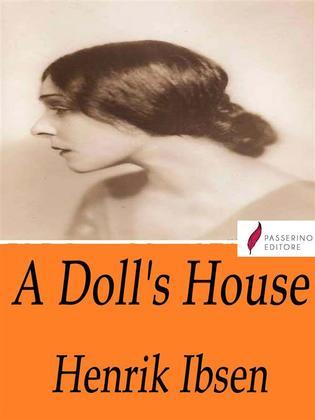 A Doll's House is a three-act play written by Norway's Henrik Ibsen. It premiered at the Royal Theatre in Copenhagen, Denmark, on 21 December 1879, having been published earlier that month.

The play is set in a Norwegian town circa 1879.

The play is significant for the way it deals with the fate of a married woman, who at the time in Norway lacked reasonable opportunities for self-fulfillment in a male-dominated world. It aroused a great sensation at the time, and caused a "storm of outraged controversy" that went beyond the theatre to the world newspapers and society.

Henrik Johan Ibsen (20 March 1828 – 23 May 1906) was a Norwegian playwright and theatre director. As one of the founders of modernism in theatre, Ibsen is often referred to as "the father of realism" and one of the most influential playwrights of his time.

His major works include Brand, Peer Gynt, An Enemy of the People, Emperor and Galilean, A Doll's House, Hedda Gabler, Ghosts, The Wild Duck, When We Dead Awaken, and The Master Builder. He is the most frequently performed dramatist in the world after Shakespeare, and by the early 20th century A Doll's House became the world's most performed play.