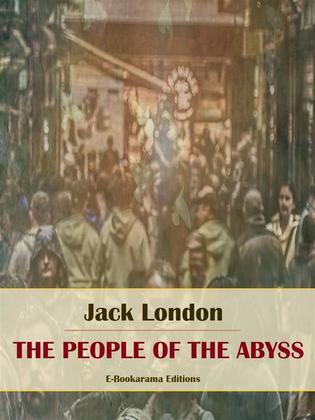 The People of the Abyss

First published in 1903, "The People of the Abyss" tells Jack London’s descent into London’s east end in the 1900s.

Sent to cover Edward VII’s coronation, he went in search of the real story – the stinking slums. Doffing his Yankee togs for filthy rags purchased off a barrow in Petticoat Lane, the young, vigorous, handsome, American spent seven weeks amidst foul tenements, starving children, alcoholic adults, stunted human beings and bottomless despair. London rails against the industrial machine – operating without restriction in a divided metropolis where one in every four adults died on public charity.

"The People of the Abyss" shows how far we have come, but also the dangers of a new abyss yawning as global capitalism dumps unions and enforces zero-hour contracts, and the global arms industry’s bombs drive millions from their homes.