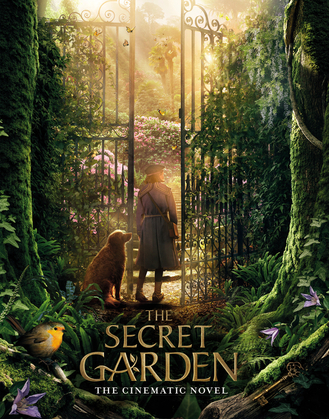 The Secret Garden: The Cinematic Novel

Based on the upcoming major motion picture and inspired by the original classic novel by Frances Hodgson Burnett, this cinematic novel retells the entire film and features a special full-color section.

The Secret Garden Cinematic Novelization retells the iconic, classic tale that will be visualized for a whole new audience with a full-length feature film. This cinematic novelization will also feature exclusive content, with concept design elements throughout.

When ten-year-old orphan Mary Lennox is sent to live with her reclusive uncle Archibald (Colin Firth) and his strict housekeeper Mrs. Medlock (Julie Walters) in a mysterious Yorkshire manor, she feels lonelier than ever before. But her curiosity and determination lead her to disobey the adults and explore the forbidding house.

While roaming the grounds of the manor she discovers an enchanted and boundless garden that has been hidden for years and reflects her limitless imagination. With local boy Dickon, her sick cousin Colin, and a playful stray dog, she embraces this world of wonder which unlocks secrets from the past, revealing a whole new life of hope and friendship.